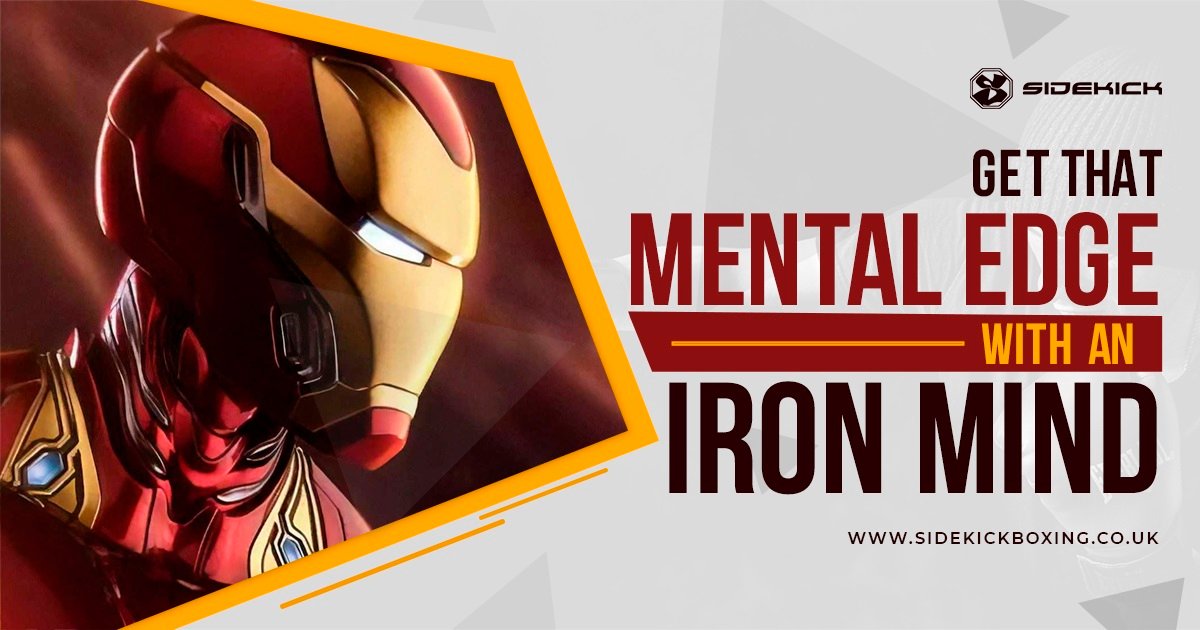 Get That Mental Edge With An Iron Mind

There is more to being a fighter than just being tough and strong.

Having an iron mindset is one of, if not the most critical assets a fighter can have. Having all the power in the world and a granite chin will only take you so far; if you don’t believe in yourself or doubt your ability, no matter how much you prepare for a fight, your performance will still suffer in the ring.

If you take some of the best fighters around, they are usually oozing self-confidence and ego; their iron mind allows them to honestly believe they cannot lose.

Some fighters also can be so arrogant they don’t even give their opponent a second thought.

So, what is an iron mind, and how do you grow one?

An iron mind is a mindset resilient to fear, anxiety, and indecision. An iron mind is full of mental strength and confidence that doesn’t break down with pressure or long-enduring circumstances.

It is the mindset that embraces all challenges and prepares to push oneself to the limits. A fighter who has an iron mind will be determined to win a fight, regardless of how much they are losing or taking a punishing.

In all combat sports, they require a fighter to be extremely brave to go through with a fight that has been pre-organised.

It is a common thing within the sport that fighters like the thought of being a competitive fighter, yet when the time comes near, fighters find themselves pulling out as they don’t have the mindset to go through with it.

After all, stepping in the ring in front of hundreds of people is a very daunting thing.

So, over time fighters have found ways to condition their minds, using mental toughness to break their opponents in the way others use speed, conditioning, or technique.

As a fighter, it is imperative to put dedication to the training. Constantly improving skill set, fitness, and strength will naturally encourage confidence and gain the iron mind of becoming a fighter.

Here are some tips to getting an iron mind as a fighter:

When a fighter is in their camp leading up to a fight, their sparring increases along with the level of contact.

However, as much as it is essential to get hit harder in sparring, it can be counterproductive and demolishing if you always come out of training black and blue.

Regularly you see these videos on social media of fighters getting knocked out, left, right and centre, but in reality, what does that achieve?

Imagine if you own a dog, and every day you hit it with a rolled-up newspaper, eventually, as soon as you lift your paper, it will curl up in the corner.

The same applies to a fighter; they could come out the corner over nervous come fight day if they are always getting a beating in training. They need to build their confidence in sparring rather than getting hurt, focusing on tailoring their technique to gain an advantage over their opponent.

This will give them an iron mind for their fight.

Mind Coach for an Iron Mind

A fighter’s mind coach mentally helps you prepare for a fight or with any life struggles. A mind coach will communicate with you in a way that allows them to understand your existing beliefs and remove any negativity from your mind.

Former kickboxer Andrew Tate sells online programs to help develop an iron mind which he claims was the recipe to his success. The Cobra Tate website suggests: The iron mind programme is a 6-week mental resilience training.

This course is specifically designed to build a mind of IRON resilience across a 6-week program—specific instructions on making substantial changes in your day to day thinking with minor adjustments in your perceptions.

However, we have not tried his program ourselves, so we cannot vouch for its validity.

Meditation For an Iron Mind

Meditation can produce a deep state of relaxation and a tranquil mind. During meditation, you focus your attention and eliminate the stream of jumbled thoughts that may be crowding your mind and causing stress.

This process may result in enhanced physical and emotional well-being.

Get Physical even suggests that:

‘This simple, powerful but majorly overlooked tool for around 95% of fighters today is Meditation for fighter. Ironically the core of all Martial Arts was the focused development of the warrior within, but today this is very rarely practiced or spoken about…

Meditation works to achieve clarity and unchain you from the emotional weight of fear, doubt, uncertainty and other unconscious blockages which manifests physically as slow reactions, early fatigue and others.’

This means that adopting a meditation practice can help not only strengthen your mental resiliance, but it can also stop those pesky emotional blockages which can cause your fighting practice to decline.

Speaking of meditation, practices like this can help strengthen the resilience of your mind. This is not only useful for those taking part in combat sports, but also just during the every day too.

‘Resilience is a protective factor against psychological distress in adverse situations involving loss or trauma. It can help in the management of stress levels and depressive symptoms. Psychological resilience refers to the mental fortitude to handle challenges and adversity…

Adopting a healthy lifestyle that includes balanced meals and regular exercise requires resilience. It can be difficult to change habits, particularly when it comes to curbing negative eating and sleeping habits.’

Having an iron mind is an invisible weapon for any fighter. It will give you the grit and determination to win every fight.

However, developing an iron mind is different for everyone, as each person has their own natural mental strength ability.