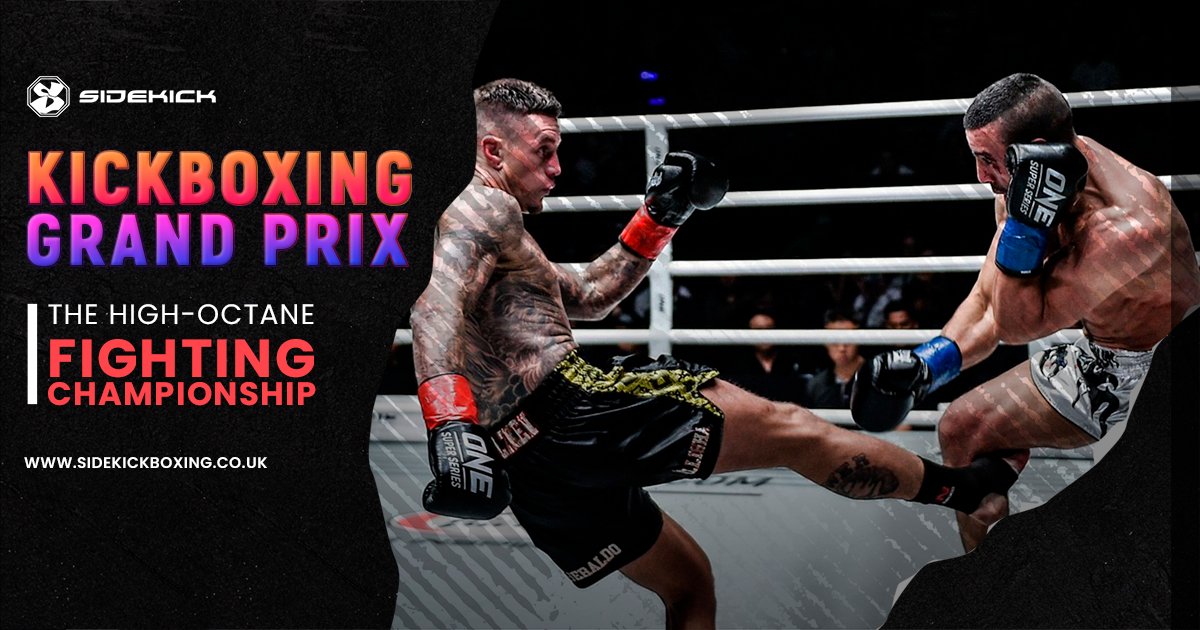 When the phrase Grand Prix is generally used, most people naturally think of the motor sport Formula One, not for a second do they think of a combat sport like kickboxing.

But in fact, Grand Prix has also been something of kickboxing since the early 90’s, when the Japanese kickboxing promotion K-1 hosted their first K-1 World Grand Prix events.

The Grand Prix style of tournaments are so exhilarating to watch, that they are still going to this day.

So, what is a Grand Prix in Kickboxing?

A Grand Prix (French for Great Prize) is a tournament style kickboxing event were 16 world-class athletes fight in a knockout competition for one winner-takes-all prize money.

The tournaments are much more thrilling for the fighters as the prize money is usually much greater than the purse for a single bout. But, as only one can win, they run the risk of walking away with nothing.

A Grand Prix starts with 16 fighters in 8 bouts and the winners from each bout goes through to the next round, until their is just 2 remaining in the final, battling it out to be crowned the champion. A similar setup to what you see in the Football world cup.

The finalists would have had to of fought 4 times for a chance to win the prize money. Their are smaller tournaments with either 8 or 4 competitors, but this is usually referred to as a 8-man or 4-man tournament, and these can be held at a National level in any weight class.

K-1 World Grand Prix was the first of its kind to hold this style of format event. K-1 World GP was a yearly tournament which lasted for 20 years. Each Grand Prix would have 16 of the very best worldwide competitors in the heavyweight divison to fight to see who was the best kickboxer in the world.

Some of the winners of the previous K-1 World Grand Prix have become some of the biggest names in kickboxing history including Semmy Schilt, Ernesto Hoost and Alistair Overeem.

Alistair Overeem reached the top of the sport in 2010 when he won the K-1 Grand Prix title before transitioning to MMA. Overeem become a MMA champion but unfortunately didn’t get the UFC title as he was unsuccessful against Stipe Miocic.

Overeem is now returning back to kickboxing as he has signed a multi-fight contract with Glory kickboxing and he is scheduled to fight Badr Hari this year.

Many kickboxing fans claim Ernesto Hoost is one of the greatest kickboxers of all time. Hoost was only one win shy of having 100 victories on his record and fought in many countries around the world including Las Vegas on K-1 Grand Prix USA.

K-1 are still going today but their last K-1 World Grand Prix finished in 2013, which was definitely an end-of-an-era. However, the fight promotion One Championship have now started their own kickboxing Grand Prix with the first being on One 157 in Singapore.

One Championship only had the first round of the quarter-finals for the fighters to seal their place in the semi’s. Rodtang Jitmuangnon, Walter Goncalves, Superlek Kiatmoo9 and Savvas Michael all won and went through to the next round. There hasn’t been a date announced yet, but the semi finals are set to take place in August this year.

There is a kickboxing promotion based in the U.K called Muay Thai Grand Prix (MTGP). It showcases some of the best Muay Thai and K1 (KGP) fighters in various countries. MTGP fights are not in the typical Grand Prix style tournaments as they are generally the usual individual bouts.

However, Muay Thai Grand Prix and One Championship have recently announced a long-term partnership to host a pair of Road-To-One Muay Thai tournaments later this year. Eight fighters in two different weight classes will compete for a chance to earn a contract worth $100,000 with the opportunity to compete on ONE’s global martial arts stage.

Chatri Sityodtong, the CEO of ONE said:

“I’ve known Philip for quite a while now, and I’m simply amazed at how much muay Thai talent there is in the UK. That’s why I’m so pleased to announce this partnership with MTGP UK. ONE Championship remains committed to providing martial arts athletes on the regional scene a platform to showcase their talents, and to potentially earn a $100,000 contract to compete in ONE Championship’s international events.”

These Grand Prix style of tournaments are amazing for the sport for many reasons. It gives 8 fighters a great opportunity to fight for a world class promotion. This will make them give it their all in every fight to make sure they get the win. Furthermore, hosting these tournaments also grows the popularity of the sport in the U.K. Glory kickboxing have also held Road-to-Glory UK.

Grand Prix tournaments are a great way to host kickboxing bouts as everyone is intrigued to see who will win and take the prize money.

The only downside to a Grand Prix is the safety element of the fighters. As fighters may need to fight 3 times in one night, extra precautions need to be in place like shorter or less rounds for their safety.