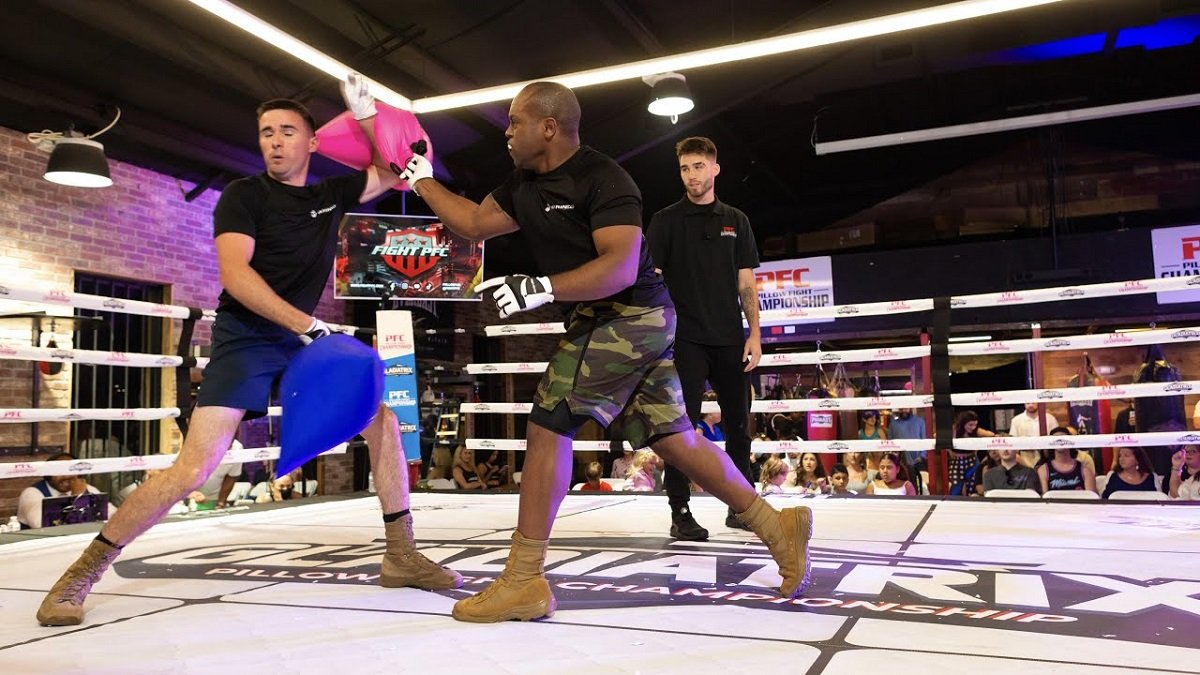 In combat sports, promoters are always looking to launch a new exciting promotion that is better than anything else, and in most cases it needs to be original and have that real shock factor to grab peoples attention.

Today, there is pretty much every style of fighting out there, whether it be MMA, bare knuckle boxing or Caged Muay Thai, you would of thought everything has been done. However, Just when you thought there can’t be any new styles of fighting, we now have professional pillow fighting.

Yet, this isn’t like a girly sleepover on some chick flick we’re their all hitting eachother with pillows and feathers are flying everywhere, this is at a real fighting event.

So, what is professional pillow fighting?

It pretty much as it says. Pillow fighting is were two pillow fight warriors go head-to-head and hit eachother with pillows. It has a similar setup to boxing and is fought in a boxing ring, only you can only hit with pillows rather than gloves. The pillow fight generally have 3×2 minute rounds and the winner is decided by three ringside judges.

When did pillow fighting start?

The latest promotion for pillow fighting is the Pillow Fighting Championships (PFC) which was introduced in September 2021. PFC is fast-growing in popularity as their next event is available to watch live on Fite TV in January 2022. However, it is not actually the first promotion to put on pillow fighting events, as In fact, Pillow Fight League (PFL) launched in 2006.

Watch the video below to see two marines go toe-to toe in a pillow fight:

What is good about Pillow Fighting?

Let’s be honest, to most martial arts or combat sports fans, they will probably think it is totally stupid. However, their is a lot of good about the pillow fighting championships. If someone likes the thought of competing in a competitive fight, but don’t like the thought of getting hurt, Pillow fighting is perfect for them.

Also, it can much more fun knowing you won’t get a serious injury like you may expect in a sport like boxing. Steve Williams, the CEO of PFC suggests:

Seen as ridiculous or great fun, pillow fighting is certainly different. The pillow fighting craze is definitely growing in popularity, however we can’t see it as big as the UFC anytime soon. The best thing about it is that no one should get severely hurt.