Home>Kickboxing and MMA news and equipment>Rico Verhoeven: A Kickboxing Legend 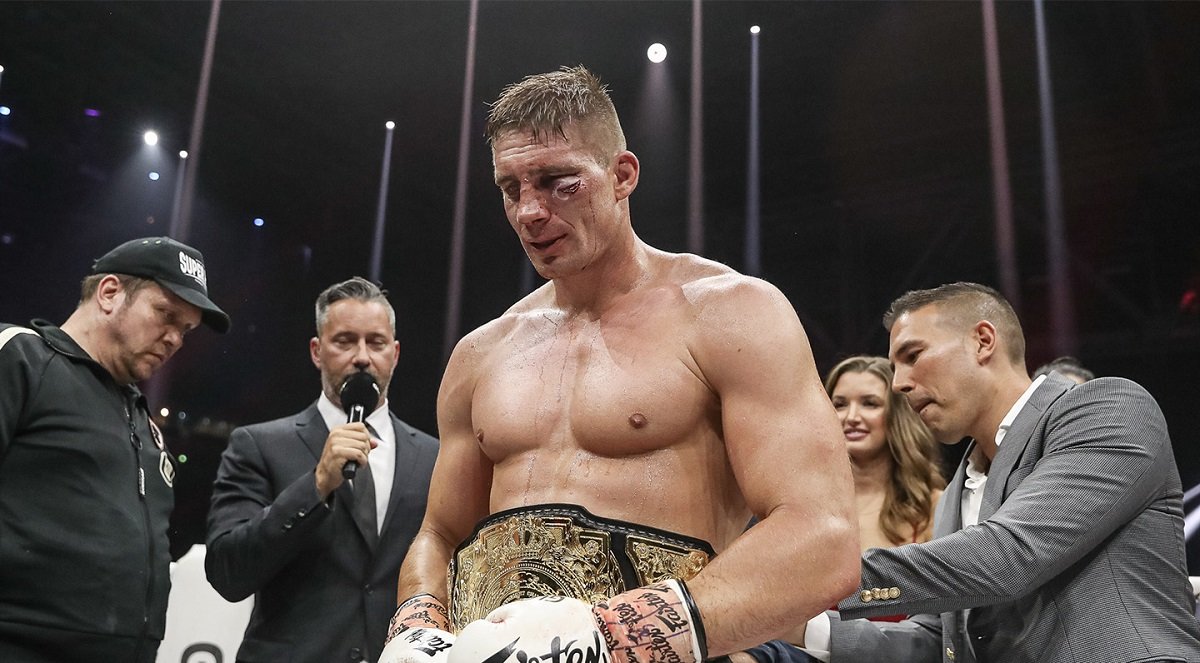 Anyone that knows a thing or two about kickboxing has probably heard of the name Rico Verhoeven. Rico Verhoeven is one of the most famous, best heavyweight kickboxers on earth and the fact he is the reigning Glory heavyweight champion is why he is known as the ‘King of Kickboxing’.

So, who is Rico Verhoeven?

Rico Verhoeven is a dutch heavyweight kickboxer, actor and entrepreneur born on the 10th April 1989 in the Netherlands. Rico has been a kickboxing world champion since 2013 in the promotion Glory kickboxing and has defended his title 11 times.

Rico was only five years old when he first started martial arts. His dad, who was a black belt in karate, took Rico to the club, and this was only the start of his legacy as a martial artist. As Rico’s father was quite strict, his training was very disciplined, and Rico would spend lots of his time training with him while his school friends would be playing football down the park.

When Rico got older, he transitioned from karate into kickboxing, finding the more competitive sport more thrilling and started competing as a teenager. Fighting in his teenage years, he was always one step ahead, as because of his natural size as a heavyweight, it was difficult finding Rico appropriate opponents, so he would have to fight adults.

These tough fights early on in his career paid off for Rico and gave him a great experience. He turned professional in 2004 and competed on K-1, It’s Showtime and Superkombat, and Rico was just 23 years old when he had his first fight on Glory kickboxing.

Rico is a very technical fighter who uses his talented skills over brutal force to break down opponents. Rico has also worked with the heavyweight boxing champion Tyson Fury, who he credits with making his jab into a highly effective weapon today.

‘Rico is known for his powerful and athletic build, sympathetic character and marketable looks. With the mind of a mature fighter and the body of a young athlete, Verhoeven gains an extremely favorable future perspective.’

Rico has an awe-inspiring record of 70 fights with 60 wins and 10 losses. He also holds the Glory kickboxing heavyweight championship belt. In kickboxing, it can be slightly different to boxing when it comes down to the title belts, as a kickboxer don’t necessarily need all the title belts like in boxing to claim their the best or undisputed champion.

A top-level kickboxer will generally only sign to fight in that one promotion, so they aim to achieve the championship belt in that organisation. As Glory is recognised as the leading kickboxing promotion, especially for the heavyweight division, their champion would be considered the best in the world.

In boxing, it doesn’t have one leading global promotion, yet it has many sanctioning bodies, each with their own championship belt; boxers generally need to aim to win them all, so they are the undisputed champion. In Glory, however, they still use a sanctioning body like boxing to sanction their events which they now use the WKA after recently cutting ties with the ISKA.

Rico had his first fight in Glory in 2012 and, within a year, had his championship fight. Rico has recently fought and beat Jamal Ben Saddik for the second time on Glory kickboxing in a championship bout, over ten years since they first met in the ring, and Jamal won on Its showtime back in 2011.

Rico claims in their first fight, he was still young and up and coming. Watch their last fight in 2021 below:

Rico was part of a four-person heavyweight knockout tournament on the 30th January 2021. It is a called knockout tournament not because a fighter needs to knock out their opponent, but four fighters are in the semi-finals in 2 bouts of 1 vs 1, and the winner of each bout goes through to the final, which is fought on the same night.

Rico has had one MMA fight and his debut was on RXF 20: Verhoeven vs Bogutzki. Rico successfully finished his opponent with ground strikes in the opening round.

Watch the full fight video below with commentary from brothers Tristan and Andrew Tate.

Rico has also had one professional boxing bout against the Hungarian Janos Finfera. It could have been considered a one-sided fight, as even though it was Rico’s first boxing bout, Janos has never won and lost by KO six times.

Back in October 2021, Verhoeven suffered a face injury when fighting againt Jamal Ben Saddik. The Daily Mail suggested that:

‘Rico Verhoeven was defending his title in a bout with Jamal Ben Saddik at ‘Glory: Collision 3’ in Arnhem, Holland, successfully winning after a fourth round knock out.

But the Dutchman was nearly stopped two rounds earlier when he was knocked down by his opponent, resulting in him suffering a huge cut underneath his left eye.’

On the fight against Saddik, Verhoeven said that‘“My thoughts (on the Jamal Ben Saddik fight) are still the same. I’m my own biggest critic,” he said. “To stay the best, you have to be tough on yourself. I look at where I made mistakes and to me what’s important is where and how I can improve so I get better for the next time.”

Rico Verhoeven was in a 13-year relationship with Jacky Duchenne and had recently split up. Rico and Jacky have children together. Rico said the break-up affected his performance in his last fight with Badr Hari.

‘Besides his great achievements as a professional athlete, Rico is a loving father of two daughters and a son. He is a much sought-after personality. His marketable looks and character, added with his speaking skills makes him very appealing for several partnerships. He appeared in various Radio & TV shows, movies, documentaries, series, commercials, magazines, vlogs and events.’

Rico Verhoeven is undoubtedly one of the greatest kickboxers of all time, and the fact he is still only young, we still could have lots more to see of him.

Check out why Rico Verhoeven is a legend below: