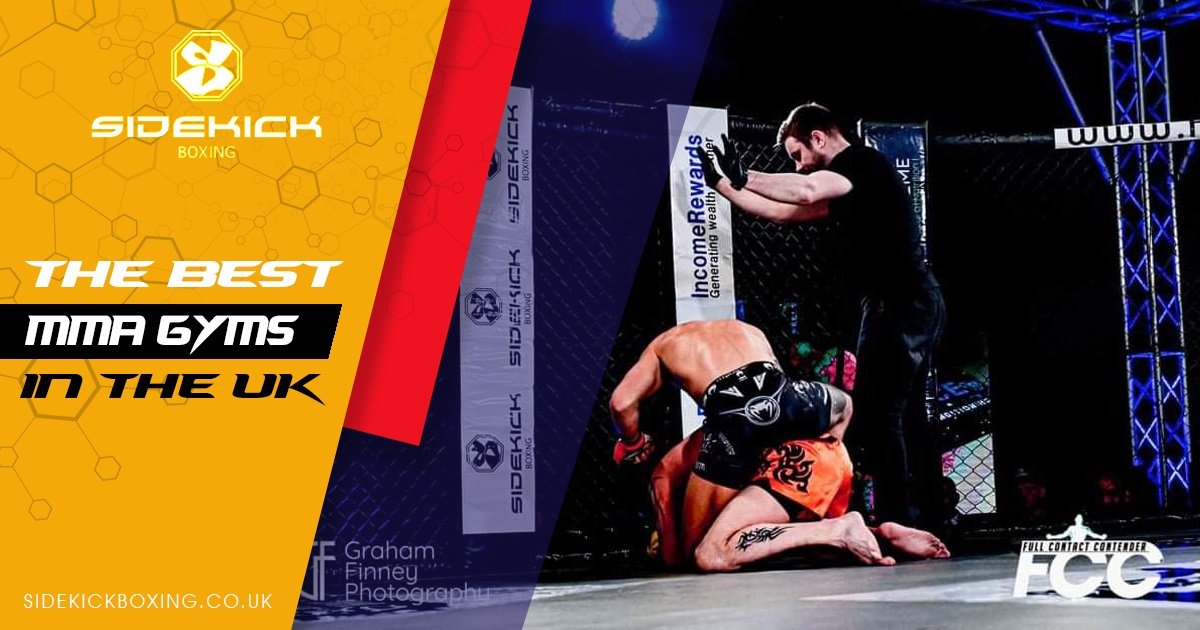 The Best MMA Gyms In The UK

When MMA was very new, MMA gyms were springing up all over the country, and it was exhilarating to see as their fight club-style gyms with cages added to the excitement.

The rookies were thrilled to go to their local MMA gym because they were all equal. People just thought you’d get the best education possible.

However, as time has passed, MMA has progressed to practitioners only wanting to train at the most respected facilities. And it’s usually easy to figure out which MMA gyms are the finest because they consistently produce the greatest fighters.

What Makes a Good MMA Gym?

Before we dive in and let you know the best MMA gyms in the U.K., we will go through what a MMA gym needs to make it great. MMA is a mix of various martial arts blended into one sports style, so it requires experienced coaches in each of their fields.

Muay Thai, boxing, and kickboxing teaches for stand-up striking, BJJ and wrestling trainers for take-downs and submissions are all needed in an MMA club. They would also benefit from having an MMA instructor attend the MMA classes to bring everything together and prepare athletes for fighting.

You can read our article here: https://sidekickboxing.co.uk/what-is-mma/

U.F.C. suggests that MMA is: ‘a full-contact combat sport that allows a wide variety of fighting techniques and skills from a mixture of other combat sports to be used in competition. The rules will enable the usage of both striking and grappling techniques while standing and on the ground. Competitions allow athletes of different martial arts disciplines to compete under a set of unified rules.’

Now, let’s look at some of the best MMA gyms in the United Kingdom today, and if any of them are near you, go check them out.

Sean and Caroline Martin own and operate HAMMA, an independent family-run business in St Helens’ town core. HAMMA is a fully equipped martial arts facility that teaches Kickboxing, Wrestling, BJJ, and other MMA disciplines. Many MMA fighters have come through HAMMA, including Ryan McNally, Bobby Paletta, and Iain Rollason.

S.B.G. was founded by Matt Thornton, and he has grown it to an international group with many locations worldwide.

Stapes Stapleton runs the S.B.G. Rochdale centre, officially associated with S.B.G. since 2014. S.B.G. provides world-class mixed martial arts instruction and has produced several active competitors, including Jamie Kelly, one of their most intriguing fighters and a British championship holder.

Next Generation MMA is the oldest and is considered one of the most successful mixed martial arts schools in Liverpool.

They have a starting programme with knowledgeable and courteous instructors. This improves the accessibility of your learning experience. Many famous fighters have passed through NextGen’s doors, including U.F.C. star Paddy Pimblett.

Watch the video below to see Paddy Pimblett fight on the main event of FCC12:

Owned by head Coach Jason Tan brings a wealth of MMA experience to his academy in Liverpool.

They have a starting programme with knowledgeable and courteous instructors. This improves the accessibility of your learning experience.

Manchester Top Tea. Since its inception in 2019, it has shown a lot of talent on both the professional and amateur levels on the regional and worldwide circuits.

Even with a gym with quality fighters, they still cater to new local community members with their outreach efforts and welcoming environment.

Team Kaobon is run by Colin Heron, who began training in Muay Thai in 1982.

Team Koaban now has grown with gyms located around the country, and they have plenty of top fighters. Colin is the first instructor to produce a Muay Thai champion in every weight class.

Fight Base is owned and run by head Coach Kyle Keane.

Kyle is a black belt in Kickboxing and has also trained in Muay Thai. Since their humble beginnings, they have gone to produce some great fighters over the years.

Blackledge MMA (BMMA) is based in Wigan and run by world-renowned and respected M.M.A. Champion Tom Blackledge.

Tom has a respectable ten-win and seven-loss record. Tom signed with the U.F.C., the world’s top mixed martial arts organisation, and fought Anthony Perosh at UFC 127. Tom’s knowledge and experience have been instrumental in developing some of his Blackledge team’s best fighters.

If you want to train in MMA, it is essential to choose a reputable gym. If you live near these MMA gyms, we strongly recommend giving them a visit. And who knows, you could be one of their next top MMA fighters. Read about the best MMA gyms in the U.S.A here.