Home>Kickboxing and MMA news and equipment>Dillian Whyte: Everything You Need To Know About The Body Snatcher 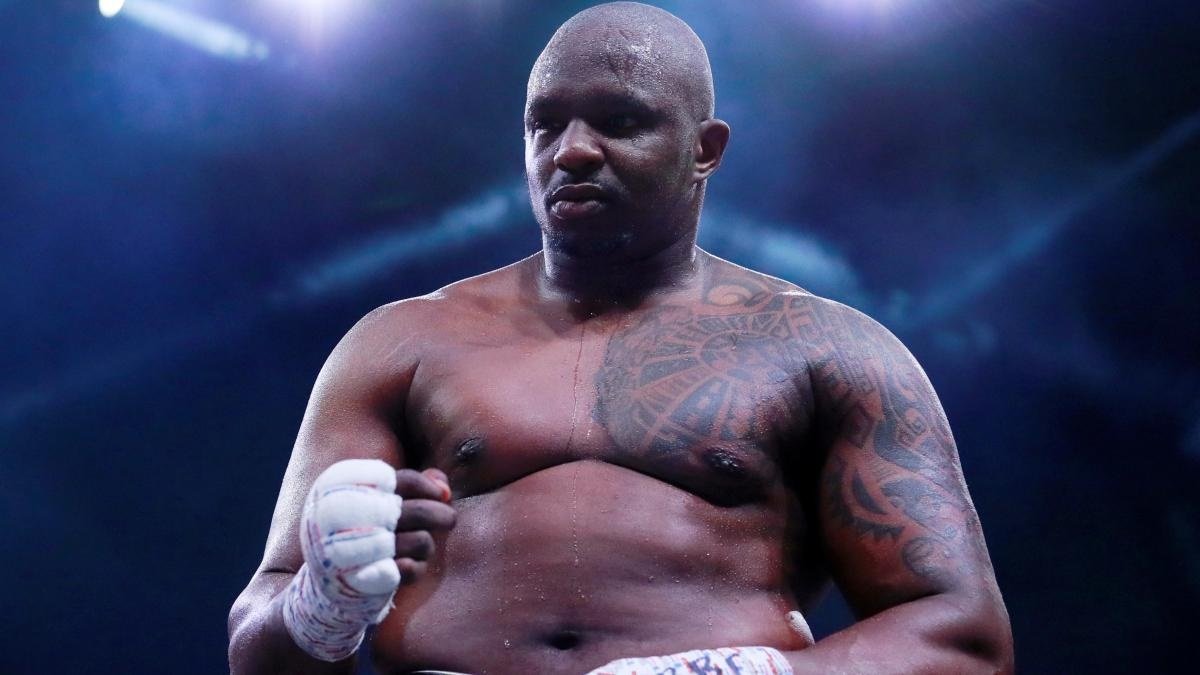 Dillian Whyte: Everything You Need To Know About The Body Snatcher

When people talk about kickboxers transitioning to boxing, it doesn’t usually get many people’s hearts racing with excitement, as they generally don’t do as well as they expected.

However, that is not the case for former kickboxing champion Dillian Whyte as he is now set to fight Tyson Fury this year in a world championship boxing bout.

Yes, you read it right; Dillian Whyte was, in fact, a kickboxer and now soon could be the boxing champion of the world.

Net worth: Approx over £5 million

Who is Dillian Whyte?

Dillian Whyte is a British-Jamaican professional heavyweight boxer born on 11th April 1988. Dillian was born in Jamaica and moved to the U.K when he was 12 years old in his home town of Brixton. Dillian originally started his combat sports journey from a kickboxing background, and he was perfect.

“His dad tried to teach him lessons in life in Jamaica to prepare him for manhood, one such lesson was when he was 200metres from a beach and he threw Dillian out of their boat even though he knew he couldn’t swim. The youngster called for his dad but he told him to swim or drown and just kept on rowing, so he started swimming for the first time and survived the harsh examination.”

To imagine Dillian as a kickboxer, think of the hard-hitting brawler, yet capable of throwing head-high roundhouse kicks; it certainly made one dangerous kickboxer.

Whyte had a great kickboxing career with 21 fights and 20 wins and held the BIKMA British super-heavyweight and the European K1 titles. Dillian even fought on our good friend Jesse Saunder’s kickboxing show for the WPKL British title at the HG Wells in Woking, also the home to Stand and Bang.

Even though Dillian was having massive success in kickboxing, he wanted to transition to boxing like many others. You can read our article ‘Kickboxing to boxing: a transition’ here.

Why did Whyte Transition to Boxing?

Let’s face it; we probably don’t need to ask Dillian himself to get that answer personally. Fame and fortune. When he transitioned to boxing in 2011, the sport rapidly grew in popularity again, especially the heavyweight division.

It had big names like Anthony Joshua making huge headlines, and it was the perfect time for Dillian to switch over to boxing. Dillian has certainly proved he is not shy of any fight, having already fought great fighters like Anthony Joshua, Dereck Chisora, Joseph Parker and Alexander Povetkin and now gets his chance for the WBC and Ring belt against Tyson Fury this April.

Dillian Whyte has been the WBC’s No 1 title challenger for many years, but the ongoing feud between Wilder and Fury left his shot in jeopardy.

However, as there is no sign of an undisputed fight anytime soon, the WBC has requested a Whyte vs Fury to happen. Whyte did get offered the opportunity to fight Joshua a few years ago for a world title but declined it claiming the 4 million he was offered wasn’t enough.

This was a massive fight for the British, Commonwealth and international titles. This fight has got to be up there for one of the best grudge boxing matches.

This fight certainly wasn’t, by all means, the greatest performance from either fighter, but seeing how both fighters lost it with each other and shoving the referee out the way so they could continue fighting was almost humorous.

Joshua soon got his head together, relying on his skills to start picking off powerful punches forcing a stoppage in the 7th round giving Whyte his first defeat on his record.

These two met in the ring twice after Whyte lost for the second time in his professional career after losing to Anthony Joshua in 2015. The Whyte vs Povetkin fight was for Whyte’s WBC interim belt in 2020 at the Matchroom live headquarters.

Dillian kept a solid performance throughout, with the commentators favouring Whyte to win after dropping Povetkin at the end of the 4th. Then moments coming out of the 5th, Povetkin lands a brutal punch putting Whyte out cold.

The rematch was a lot faster pace than their first fight. Dillian upped his tempo and even rocked Povetkin in the opening round. Dillian was not slowing down and knocked Povetkin out at the end of the 4th round.

Whyte has always been quite outspoken when other boxers use performance-enhancing drugs, yet he hasn’t been exceptionally clean as a whistle himself. Whyte tested positive for methylhexaneamine (MHA) on 13th October 2012 after his victory over Hungary’s Sandor Balogh.

He also had an investigation in 2019 after a finding in his sample three days before his fight against Oscar Rivas. Whyte pleaded his innocence throughout the investigation, and eventually, all charges were dropped as UKAD confirmed there was nothing in Whyte’s urine test which suggested he had taken banned steroids.

Read our article ‘Steroids: why do fighters risk a ban?’ here.

Many of the boxing enthusiasts claim none of the current heavyweight boxers is capable of beating Tyson Fury.

Fury is certainly the favourite to win, but you can’t write off Whyte just yet. Even though Fury is the more technical, faster and slicker mover, there is one thing they say in boxing is ‘styles make fights.

With the power he has and keeps pushing forward, Whyte could make it very difficult for Fury to utilise his skills.

Furthermore, Whyte has claimed to have dropped Fury in sparring years back “They know about me – well, me and Tyson Fury sparred and I bashed him about and dropped him on multiple occasions. Simple as that.”

The Daily Mail suggests that:

“Anthony Joshua has firmly put himself in Dillian Whyte‘s corner for his WBC world heavyweight title fight against Tyson Fury – even though he ‘hates him’.

Fury will look to defend his title against the Body Snatcher Whyte at Wembley on April 23, after the highly-anticipated all-British showdown was finally agreed following weeks of speculation”

What Channel is Whyte vs Fury?

As boxing promoter Frank Warren won the purse bid for the fight, it will be on the partnered channel to Queensbury promotion and live on BT Sport Box Office.

It is indeed a possibility now. If you beat Fury to claim the WBC championship belt, there will be talks for him fighting for an undisputed fight, potentially against Usyk or Joshua, depending on how their fight pans out. Read our article ‘The different boxing title belts explained’ here.

If that opportunity did arise, they would still need to overcome all the politics in boxing to make it happen.

Dillian Whyte is a fantastic boxer who is built for power. He is also great for British boxing, and 2022 could be his year for the championship.