Home>Kickboxing and MMA news and equipment>Is Stand and Bang The Best Kickboxing Promotion In The UK? 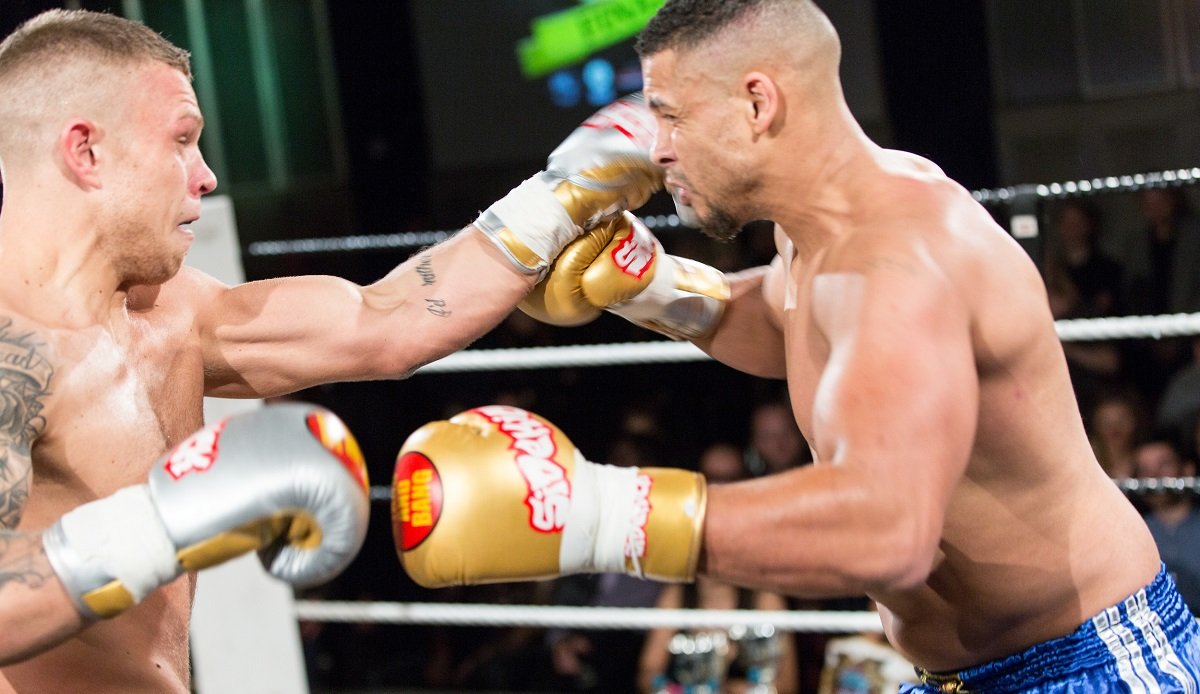 Is Stand and Bang The Best Kickboxing Promotion In The UK?

Seeing how popular kickboxing is, you would like to think there would be a promotion in the U.K. that has cemented its place on the top spot.

However, like in all combat sports, promotion can be a challenging game, and most promoters find it harder than they initially thought and don’t go on to do a series of events.

One promotion in the U.K. that has done exceptionally well is Stand and Bang. Stand and Bang became one of the most established kickboxing promotions simply because the high-end production had no expense spared, had great fighters, and was one of its kind.

So, what are Stand and Bang?

Stand and Bang is a U.K. kickboxing and Muay Thai promotion founded in 2011 by Kyle Greaves. The promotion gave it its name as ‘Stand and Bang’, which refers to stand up fighting. Stand and Bang have hosted over ten events featuring some of the best fighters in the U.K., with many championship bouts and one of the only U.K. shows to have Muay Boran fights.

Since their humble beginnings of the first show being in a small hall, Stand and Bang became a prestigious event, and the HG Wells venue in Woking would be bursting at the seams with fans. Every fighter wanted to be on the Stand and Bang card as it was a promotion to get seen as a professional fighter, and each fight would be published on their official Youtube channel.

When Kyle, a keen Muay Thai practitioner, decided to host his first Stand and Bang event, many did not take him seriously as a promoter. But what they didn’t realise is that not only did Kyle know the sport well with a good network of friends, but he is fantastic at marketing himself, and as being an MC, he enjoyed being heard.

Kyle had a vision for a professional show, and the fact he was brave enough to be different got Stand and Bang noticed.

Kyle said, “I wanted to do something different; back in 2010 when I started, shows were all very much the same; I got the bug and made a name for it.”

Kyle’s high expectations for a fight show required a substantial amount of money, so Kyle partnered with Paul Reeks to help fund the show. This helped Stand and Bang develop to get the venue, the fighters, and other outlays they needed to put on something spectacular.

As everything for the whole promotion was set up professionally with great fighters, Stand and Bang didn’t want to award non-worthy or ‘Mickey Mouse’ titles, so the ISKA sanctioned their events as they were recognised as one of the major bodies in kickboxing.

Stand, and Bang knew how to create an evening to remember and did things differently to other shows. Going to other fight events without any music can make it have the moon’s atmosphere so that they would play music on the fighters’ walk-outs and during the bouts.

This was great for many reasons, as not only did it prevent a venue from having a little atmosphere, but it also helped spear on the fighters. Kyle trains at Shinkick Muay Thai run by Jesse Saunders, so Stand and Bang homed many fighters.

For more Stand and Bang events, check out their Facebook page: https://www.facebook.com/StandAndBangEvents

Muay Boran is an ancient style of fighting in Thailand which is slightly different to traditional Muay Thai. It is fought over 3×3 minute rounds and without boxing gloves. The fighters wrap their hands with rope. There are also no judges scoring the fight, so you can only win by stoppage.

Tiger Muay Thai suggests that Muay Boran is: ‘Muay Boran (translated into English as “ancient boxing”) is the term used to encompass the various styles of Thai martial arts before they were modernized in the early 20th century with the introduction of rules, western boxing rings and equipment. Muay boran utilizes all kinds of striking attacks as well as joint locks, throws and even ground grappling. Muay boran does not have one uniform style. Rather, each area of Thailand developed their own unique fighting style. For example the fighting style of Korat province in north eastern Thailand is known as “Muay Korat”, “Muay Lopburi” is a style from central Thailand and another style from north Thailand is called “Muay Thasao”. Perhaps the most famous style is “Muay Chaiya”, a southern style still taught to the Thai army to this day.’

Stand and Bang have had many main event title fights from British titles to world titles. Stand, and Bang wanted an impeccable promotion; their title fights were only matched and awarded to well deserved and highly ranked fighters.

Stand and Bang and Sidekick shared the same passion for being the U.K.s finest in combat sports, it made sense to collaborate and do sponsorship.

As Kyle trained in Muay Thai, you would expect him to only to use a Thai brand of boxing gloves for his promotion. Yet, Kyle is very patriotic and was happier to use a British company as long as the gloves were great.

When we met Kyle, he requested specific boxing gloves manufactured to his spec. He wanted the fingertip area to be extended to form a tighter fist and the shape is slimmer to produce a more ‘punchers glove’. So, we went away and got cracking, and Kyle was highly impressed with the result.

“Sidekick have supplied Stand and Bang with top notch boxing gloves for years. we’ve been approached by loads of suppliers and would never dream of going anywhere else. Their competition boxing gloves are second to none, we love them, the fighters love them, not a single complaint in over 100 different fights.”

Our gloves were used for every bout from 2015 and then on, except Muay Boran bouts, of course, and every fighter loved them. One of the best things about sponsoring Stand and Bang is that we attended each event and watched all the action ringside.

A few weeks before every show; Dan would meet up with Kyle and Paul in Kyle’s hometown of Aldershot. This was to catch up, drop off the official Stand and Bang boxing gloves and a good excuse to go for a Curry.

On one occasion, Dan asked for the Chicken Chilli Masalla for Kyle to question if he would be alright. Dan had a turn for the worse and looked like he was going to pass out for Kyle to ask, “Are you alright mate?”

When you see promo videos or fight posters for nearly every fight event, they all generally look the same. Stand, and Bang had a unique and great way of marketing their show.

Their promo ads were engaging like you would expect to see on T.V. with a bit of humour. Something that will always get you to remember.

Stand and Bangs next event

Kyle called it time from promoting a couple of years ago, as it is very demanding and needed to focus on other ventures.

However, with a bit of time out, Stand and Bang have recently announced plans for a show in 2022 and this time possibly in a cage.

So, forget Stand and Bang mode on the UFC computer game, get yourself to the real thing.

Stand and Bang was a fantastic kickboxing show and quickly earned itself as one of the best in the U.K. It was also a great night out for the newbies or non-fight fans supporting a fighter friend as music was played throughout the evening to keep the atmosphere electric.