Home>Kickboxing and MMA news and equipment>What are the basic moves in boxing and kickboxing? 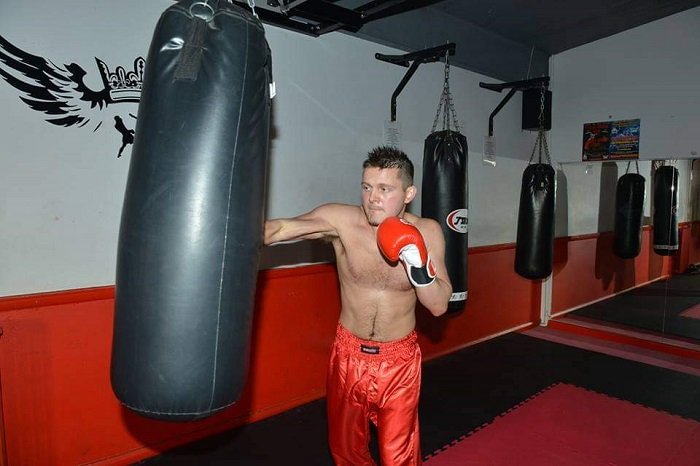 What are the basic moves in boxing and kickboxing?

Whether you’re going to start boxing or kickboxing, many of the very basics are the same. Kickboxing has all the same punches that are in boxing but with being able to kick too!

The first thing to do is to get in your boxing stance and put on your boxing gloves. There are two different stances depending if you’re right-handed (orthodox) or left-handed (southpaw).

So, assuming you are right-handed.

In either stance always keep bobbing and weaving and edging forward.

If you are left-handed follow the steps above in the opposite direction.

This practice of always looking busy and non-static is very important in boxing fights as you will look more active. This will make you seem unpredictable to your opponent and it will also look better for the judges scoring.

The Jab is one of the most important things in boxing as all your other techniques follow the Jab.

Handy Tip: If you find your elbow is coming up, here’s a little trick, practise the Jab standing next to a wall.

The cross is also known as a straight and is thrown with your dominant hand when your opponent leads with their opposite hand.

It is known as the cross as the blow crosses over the leading arm and is a power punch.

Handy Tip: For more power, the torso and hips should be rotated counterclockwise as the cross is thrown as this acts as a fulcrum transferring the weight.

How to block a straight punch (Jab or Cross)

To block either a jab or a cross is quite simple and very effective, but it will take time to master blocking punches as it requires both timing and confidence.

To block against the cross, follow the steps above in reverse.

A hook uses the core muscles and back to swing the arm at an angle close to 90 degrees, creating a horizontal arc into the opponent. It can be aimed at the head and jaw, or even for body shots too.

The lead or rear hand can be used for this punch, although it usually refers to the lead hand.

Variations of the hook include the shovel hook or the upper-hook and it is a powerful punch with knockout power too.

Also known as the undercut, this punch follows a vertical line at the opponent’s chin or solar plexus.

These types of punches are particularly useful when thrown at close range as they cause more damage. They are usually thrown at the chin, but can also be used on the body (like the solar plexus as mentioned above) and cause significant damage when landing on the nose or eyes.

Handy Tip: Staying close to the opponent when performing an uppercut will prevent any countering with a straight punch and will keep the uppercut from losing power the further away you stand.

This is also a power punch.

The Spinning Back-Fist (Kickboxing Only)

Even though it maybe an illegal move, it is still a very fun move to practice on the pads and it works many parts of the body. (Please do not practice at home.)

Watch the video below to see how effective the spinning back-fist is:

This is probably the easiest kick to perform but can be the most effective. It can be used as an attack or to defend from an opponent coming in.

The round kick or also known as the round house is the most popular across all martial arts.

The sidekick has to be our favourite kick just because of it’s name. It is not the most widely used kick in combat sports, especially in MMA, as it has to be performed from a side stance. This kick performed correctly can be the most damaging to your opponent as it delivers a lot of force.

This is a very tricky kick as it requires a lot of speed and flexibility to be considered a weapon as it needs to target the head. The basic step up hook kick is from the same stance as the sidekick and with a similar technique.

It is always great fun to practice a new technique or master one that could do with some improving. However, It is always important to remember to use the correct protective equipment before training, especially wrapping your hands. If you would like to learn how to wrap your hands properly for boxing, read our article here.