Home>Kickboxing and MMA news and equipment>What is Kickboxing? (True Facts) 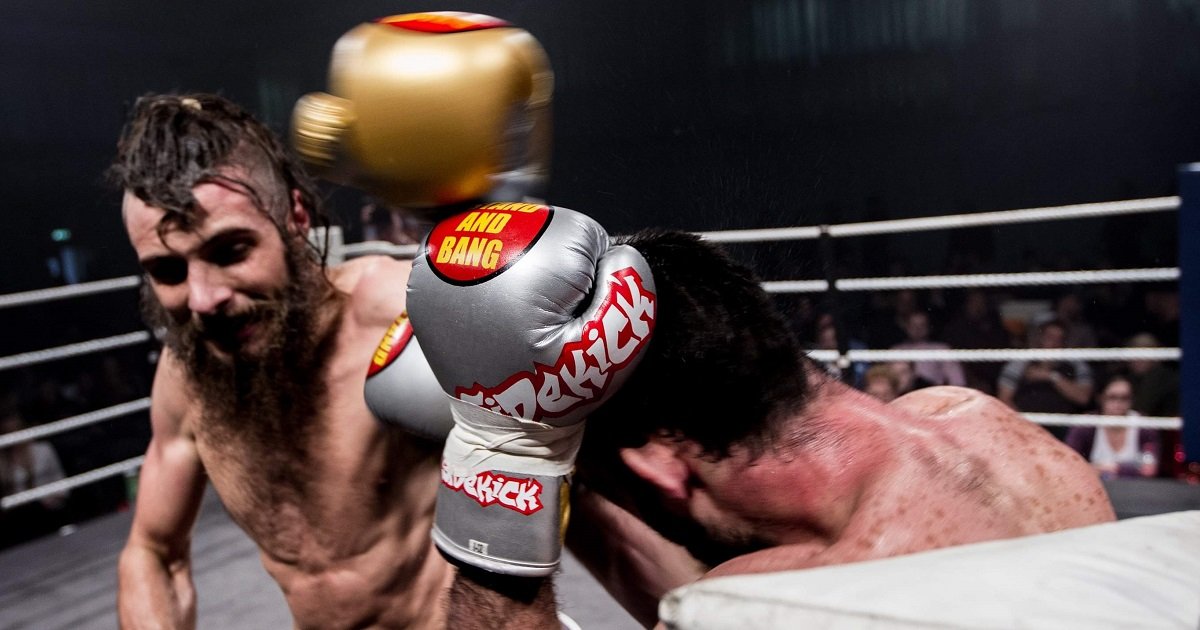 What is Kickboxing? (True Facts)

To ask a combat sport enthusiast, what is Kickboxing? it may seem like a crazy question, but to many there is a lot of misconception that surrounds kickboxing.

Kickboxing is a wide terminology that can cover many aspects of the combat sport, kickboxing.

So, What is Kickboxing?

In short, kickboxing is a sport in which you can kick your opponent and punch like in boxing, hence the name kick-boxing.

The main objective to kickboxing is to fight competitively with an opponent in a boxing ring with a certain set of rules, yet over the years kickboxing has formed many training classes like cardio kickboxing, non-contact kickboxing and kickboxing conditioning so it can even cater for people not looking to fight.

Their are many fighting styles of kickboxing and the confusion comes down to the different rules and moves allowed in each kickboxing style.

Some people have thought that Muay Thai and kickboxing are just the same, but unless you are familiar with the sports, you are not to know.

So, is kickboxing and Muay Thai the same?

kickboxing and Muay Thai are both forms of kickboxing but they are literally worlds apart as in Muay Thai you can clinch, knee and elbow too. Whereas the term ‘kickboxing’ is usually meaning for the style full contact kickboxing which you can simply just punch and kick.

Read our full article ‘What is the difference between kickboxing and Muay Thai rules’ here.

Muay Thai is one of the earliest forms of kickboxing as it dates back centuries as it was developed for the Thai army for unarmed combat on battlegrounds. There are records that date back to around the 12th century.

The earliest records of competitive Muay Thai dates back to around the 16th century when the interest in Muay Thai as a sport occurred. However, there were not many rules or regulations in place. Fights were sanctioned with no restrictions over weight classes or protective gear.

Muay Thai transformed into a modern sport around the 1920’s when it included elements from western boxing such as boxing ring, padded gloves, referees and rounds/time limits.

In modern days in the western world the term kickboxing has generally referred to the style originating in America. It started in the 1970’s and it is was derived from professional karate. This American kickboxing also called ‘Full Contact’ is similar and has many of the same aspects of fighting to boxing, but only kicks are allowed too, hence why it was given the name kick-boxing.

However, in most recent years the style of K-1 kickboxing has grown the most popular globally as it has become a more exciting style and format to watch. K-1 originally was a Japanese kickboxing organisation that started in 1993 and was one of the most recognized promotions globally. They would get the best fighters around the world to meet on their platform.

There are many other styles of kickboxing and the majority of them are fought in a boxing ring with the same set-up structure, so it is easy to see how it can cause the confusion of the sport.

With every style of kickboxing the rules can alter slightly between them. However, the principal of any kickboxing fight is generally much the same.

A kickboxing fight is fought over 3-5 x 3 minute rounds with both fighters kicking and punching eachother. The winner is the one that knocks out their opponent, or out-performs them, winning the majority of the rounds in the fight.

This is just an overview of the kickboxing rules, so as you can imagine it is much more complex than this. If you would like to learn more in-depth the rules of kickboxing, read our article ‘The Complete Guide to Kickboxing Rules’ here.

It is not just Muay Thai and full contact kickboxing that fall under the kickboxing umbrella, their is also many other styles too.

The styles of kickboxing include:

This style is the same as full contact kickboxing only with the exception to kicks to the leg are allowed.

Semi Contact sometimes gets confused with light Contact Kickboxing as it has been seen that fighters have actually entered the wrong competition in the past. Semi contact kickboxing is one of the only styles that is fought outside of a boxing ring and fought on mats. It is for fast clean striking to score points with the judges.

K-1 Kickboxing is certainly one of the most popular of styles of kickboxing. It is a hybrid form of kickboxing as it has the exciting features of both full contact kickboxing and Muay Thai. It is faced paced with less rounds than full contact and maximum striking like Muay Thai. However, elbows and holding the clinch are forbidden to keep the action moving.

Read our article ‘What is K-1 kickboxing’ here.

Muay Thai is a form of kickboxing even though it has a different heritage. Muay translates to ‘boxing’ and Thai is the nationality. This is why in the U.K we also call it Thaiboxing. It is the most complex of the kickboxing styles and it is considered the toughest stand up sport. It is named ‘The art of the eight limbs’ as striking from both hands, elbows, knees and shins are allowed.

As with any professional sport, it must have some form of structured competitive circuit. Football of course has the premier league we’re the teams play against each other twice to see who comes out on top.

However, kickboxing is slightly different, it doesn’t have a single organisation of the sport governing it with a solid structure. There are the leading global promotions like One Championship and Glory Kickboxing which sanction their own events with their own champions.

Kickboxing has weight divisions with rankings and a champion in each weight class, but how each fight is made is decided by the fight promoters or match maker. For instance, a kickboxer could be ranked higher than another fighter, yet may have never of fought them. The champion usually has to fight the no1 mandatory contender for their shot at the title, but with the many sanctioning bodies it doesn’t always work out that way.

Furthermore, kickboxing doesn’t have a regular time frame for competitions, it is solely dependent on the promoters to hold the events. This is were it can become more difficult for certain fighters to go up the ranks as it is known for promoters to be biased and host fighters that bring in the larger crowds.

To learn more about the different kickboxing organisations read our article here.

As you can see their any various styles of kickboxing and they are all different in many ways. We hope you have enjoyed reading our article and it has helped understand more about kickboxing.

If you would like to see what we think is one of the best kickboxing fights ever click here.